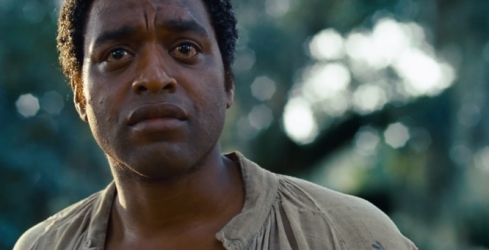 The purpose of cinema is often to entertain, but that is not always the case; sometimes, its purpose is to inform, to educate, or to enlighten. Such is the case with Steve McQueen’s 12 Years a Slave. Though it’s certainly not comfortable viewing, it is powerful, emotional, and heart-breaking film.

Chiwetel Ejiofor plays Solomon Northup, a free black man living with his family in 1840s New York. A true story based on Northup’s memoir, 12 Years a Slave follows him as he is captured and sold into slavery, with him remaining in captivity as a slave in Louisiana for twelve years before being released. We are given a glimpse into the cruelty of the slave trade and the struggles that Northup faces during his time in captivity.

In a film full of excellent performances – with “excellent” here meaning “painfully believable” – from the likes of Benedict Cumberbatch, Michael Fassbender, Paul Dano, and Brad Pitt, among others, it’s hard to imagine that one person would stand out – but stand out he does. Chiwetel Ejiofor delivers a performance that can be described with nothing less than the word “incredible;” the emotions he brings to the story, from joy to fear to anger to depression, are each powerful in their own way, and I found myself captivated every time he was onscreen. Another standout performance comes from Lupita Nyong’o as another slave named Patsey. She goes through quite a lot throughout the course of this film as well, from being the apple of the slaveowner’s eye to begging for death to being flogged for wanting to take a bath. Her performance is also an extremely emotional one – one that will likely bring you to tears more than once.

Often in the film, we are treated to long, still camera shots that linger on Solomon’s face as he stares into the distance, contemplating his current situation. These shots are interesting in that they allow us to see the subtleties in Ejiofor’s acting skills; we can see his emotions develop in real time, like a glimpse into his soul, and it is an unusually compelling technique that works astonishingly well. During these scenes, and during other scenes in which the focus is mostly silence, we are also treated to Hans Zimmer’s minimal but profoundly touching musical score. He utilizes a single theme throughout the film, but each time we hear it, it seems to adapt a new meaning – hope, despair, hopelessness, joy, reunion, thankfulness, tension, and others are all heard in the repetition of this simple theme. Zimmer has been improving with each new score he releases, and it certainly shows here as he deviates from his typically exciting, driving scores to something much more intimate.

This film is difficult to watch in many scenes as we are shown cruelties that no person should have to endure, but it is a sobering and important glimpse into our nation’s past. I mentioned earlier that the purpose of this film is not to entertain, a statement which may draw comparisons to my review of the 2012 Michael Haneke film Amour, which I only awarded 2.5 out of 5 stars because it was such an incredibly depressing film, no matter how artful or masterful it was in execution. Precedent might dictate that I rate this film similarly, but the fact here is that the two films are entirely different in nature. 12 Years a Slave is an often depressing film, yes, but it also has one of the most satisfying endings of any film I’ve seen (you’ll cry if you have a heart), and the historical significance of the story and of the depictions of slavery in the film make this film one that I would entirely recommend…if you can stomach it. Chiwetel Ejiofor is a definite contender (and likely the winner) for the Academy Award for Best Actor, and the film itself and Steve McQueen as director just might walk away with Best Picture/Director.

MPAA: R – for violence/cruelty, some nudity and brief sexuality 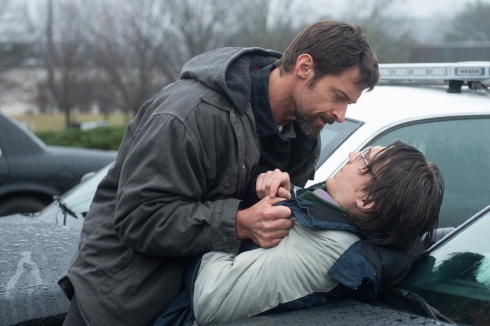 Not all films are fun, nor should they be. Prisoners is not a fun film, but it’s a good one, and it asks a simple question: how far would you go for your children?

Kelley Dover (Hugh Jackman) is a religious man who loves his family deeply, swearing to always keep them safe and out of harm’s way. However, after a Thanksgiving dinner with neighbor Franklin Birch’s (Terrence Howard) family, Dover’s daughter and Birch’s daughter both go missing, presumably kidnapped. Evidence seems to point to a RV that had been parked in the neighborhood earlier that day, but when Detective Loki (Jake Gyllenhaal) finds and questions the young man driving it, Alex Jones (Paul Dano), he discovers that his low IQ would have made it highly unlikely for him to have orchestrated the kidnapping of two girls. Still convinced that this man is his daughter’s kidnapper, Dover decides to take justice into his own hands, kidnapping Alex and torturing him for information on the whereabouts of his daughter. What lengths will he go to in order to retrieve his missing daughter? And will Detective Loki discover the truth before it’s too late?

This film’s biggest strength is in its lead actors: Hugh Jackman especially plays a compelling character, a man whose morals are deeply rooted in his faith in God, but his love and dedication to his family cause him to make questionable choices. Is it right to kidnap? To torture? What about if your daughter’s life depended on it? That third question is what makes his character so intriguing because he makes us ask it of ourselves as well. Howard’s character is equally as interesting because he has the chance to put Dover’s actions to an end, to tell him that what he’s doing is wrong and should be stopped…but what if what Dover is doing brings his daughter back to him? Both are fathers who possess a strong love for their families, a love so strong that it serves as the driving force behind their actions because what they’re doing may end up protecting the ones they love most. It’s tragic watching desperation carve away at the morals of these two fathers, but it’s almost difficult to hold them at fault because the intent behind their actions. Gyllenhaal’s character is strong as well, with him playing the role of the standard detective; it’s almost as if there are two films going on at the same time – the standard one in which the detective searches for clues to solve the mystery of the missing children and the other in which the fathers of the missing children take matters into their own hands. Switching between these two stories is both thrilling in sobering as more of the truth is uncovered…the truth about the kidnapping and the truth about what lengths a father will go to for his family.

Much of this film is highly atmospheric, with darkness being used often, possibly to convey the darkness enveloping the soul of Jackman’s character. The musical score by Jóhann Jóhannsson adds to this, bringing a level of uneasiness to every scene, though the use of silence here is notable for heightening the tension in a scene as well. The film is disturbing on many levels, almost difficult to watch, but it’s always engrossing, even during the incredibly violent scenes. This level of violence is certainly never tolerable, but you should be glad to know that it is never glorified – it is always seen as wrong, even through the eyes of Jackman’s character, and Howard’s character serves as the visible moral compass.

This film is difficult to watch at times. Its characters are morally questionable. But it’s always absorbing, and, more than asking us whether Kelley Dover has gone too far, it asks us how far we would go. Prisoners is intriguing cinema offering a fascinating look into compelling characters and into ourselves.

MPAA: R – for disturbing violent content including torture, and language throughout