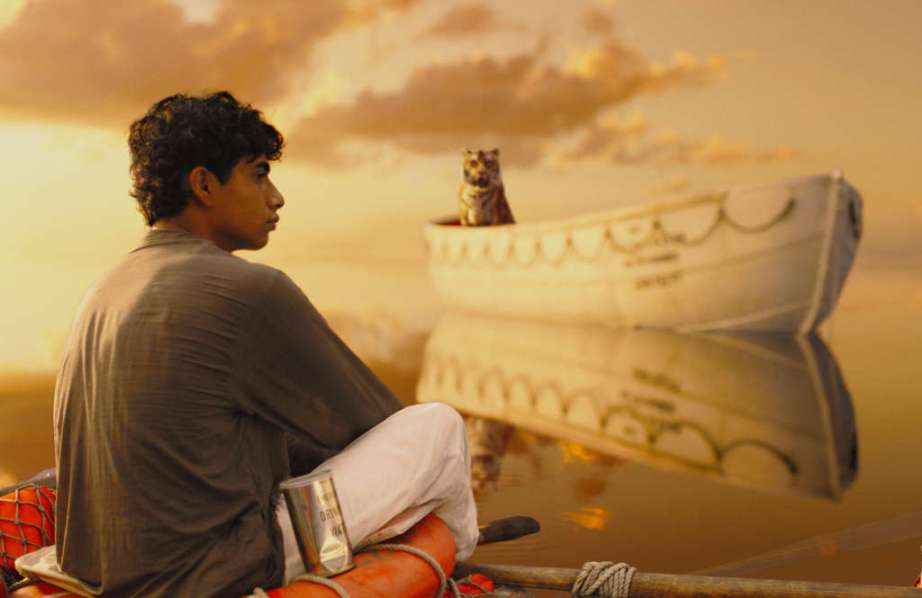 Life of Pi is one of those movies that caught me off-guard; I had never read the book, and, while I had seen a trailer or two before other films I’ve seen this year, the buzz on it seemed pretty minimal. As a result, when it was released to critical acclaim nearly across the board, it sparked my interest. I debated whether or not I should read the original book by Yann Martel first, but I ended up going to see the film anyway, and…wow.

I absolutely loved the way that the story was told in the context of the film: an author visits the home of an adult Piscine Molitor Patel, Pi for short, who begins to tell him a story from his teenage years, a tale that he claims “will make you believe in God.” The first half of this film is presented as a flashback, with the story returning to the perspective of the older Pi every now and again, but the flashback eventually becomes continuous to the end of the film. To me, it almost felt like someone was reading me a book that I was simultaneously watching unfold in front of me, much like the 1987 film The Princess Bride, which was also based on a book. This method of storytelling was compelling and had me wanting more; I enjoyed both the flashbacks and the present-day scenes, but I was constantly thirsting for more information.

The story itself is a sort of combination between Robert Zemeckis’ 2000 film Cast Away, starring Tom Hanks, and the Book of Job from the Hebrew Bible. Much like Job, Pi has everything taken away from him as a test of faith, and, like Tom Hanks’ character in Cast Away, he is stranded without any human companion and must learn to survive in less-than-ideal conditions. Throughout the film, Pi talks about his faith in God despite all that has happened to him, and he remains thankful no matter what. It is a testament to his faith that Pi doesn’t become atheist due to all of his struggles, and it made me look inward at my own faith in God…would I remain this loyal to Him in that kind of hardship?

Life of Pi, in addition to having strong roots in religion, is also a visual treat. This is the best use of 3D I have seen since James Cameron’s Avatar was released back in 2009; in fact, this is one of the few films that I would actually recommend seeing in the 3D format. This is a rare instance of 3D absorbing the viewer into the world of the film, allowing us to experience what Pi is experiencing, without becoming a gimmick like so many 3D films fall victim to. With a wonderful performance from first-time film actor Suraj Sharma to go along with the fantastic script and beautiful landscapes presented in the film, Life of Pi is another film worth seeing on the big screen.

MPAA: PG – for emotional thematic content throughout, and some scary action sequences and peril