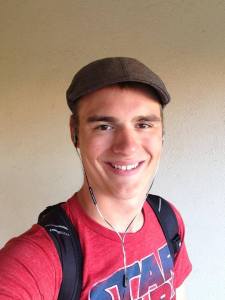 Chad is a longtime fan of both films and film music, having discovered John Williams at a young age with his score to Harry Potter and the Sorcerer’s Stone. As his taste in movies grew over the years, he eventually created his own review site, ChadLikesMovies, where he reviewed movies, their soundtracks, and the occasional book. This led to eventually being invited to co-host The MovieByte Podcast with creator and host TJ Draper, which he happily enjoyed for 50 episodes before stepping aside for scheduling reasons.

I created “ChadLikesMovies” as an outlet for my personal opinions on movies, their soundtracks, and the like because sharing my opinion on movies is something that I love to do. I also recently launched a podcast called The Cinescope Podcast, where I and my guest co-hosts discuss the films we love and what we love about them.

Chad currently lives in the Dallas, TX area. In his free time, he enjoys watching movies, reading anything fiction or non-fiction, watching TV, and playing the occasional video game. Always interested in discussing the things he loves, you can find him on Facebook or Twitter, and of course you can listen to him on The Cinescope Podcast!